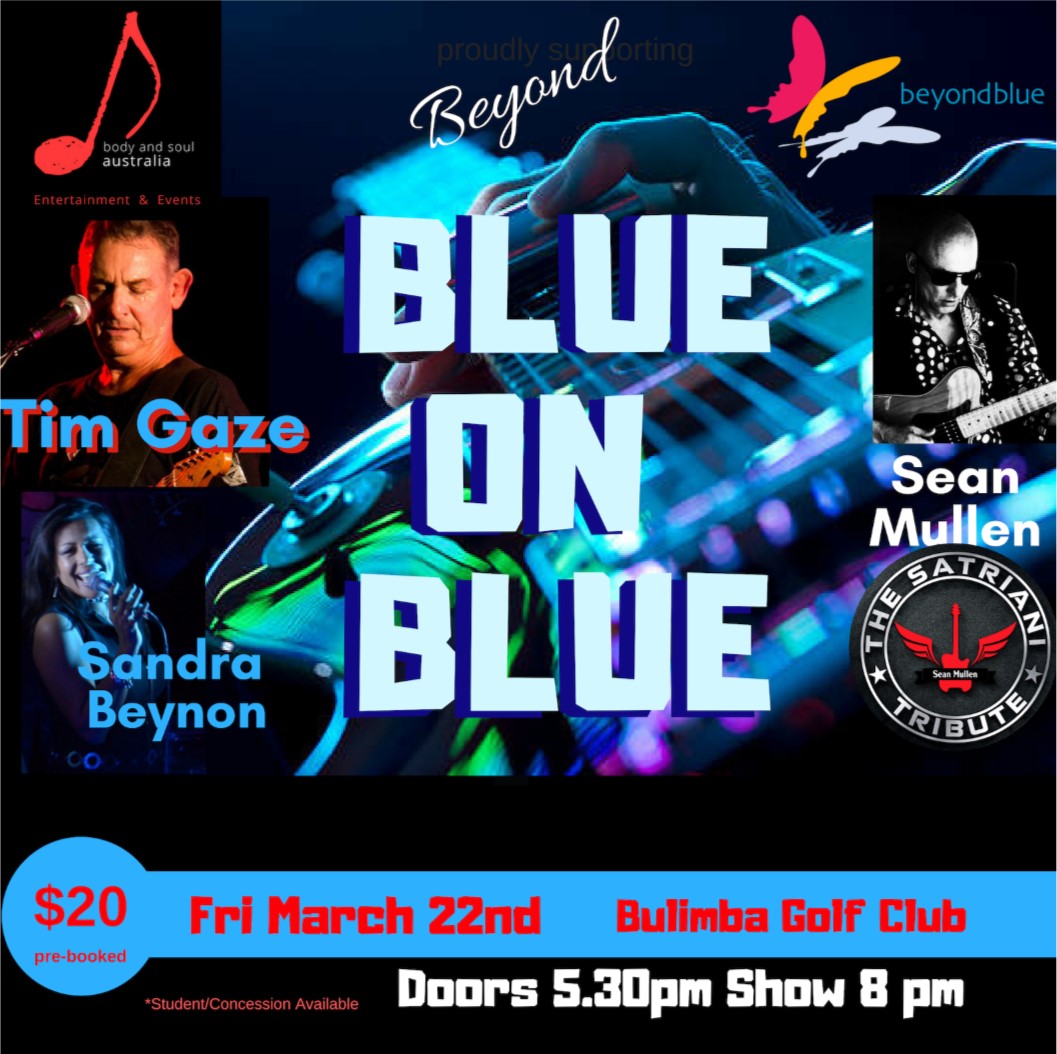 Veteran Aussie rock and blues artist, Tim Gaze, will head the bill at Beyond Blue on Blue, a fund-raiser for Beyond Blue, happening at Bulimba Golf Club on Friday 22nd March, 2019.

He also had a solo music career and released the albums, Band on the Run (film soundtrack, 1979), Rough Trade (1992), Blue Sierra (1996) and Blues Remedy (1998). In April 2008 he issued a retrospective compilation covering both his group and solo work, Reckless Love: the Tim Gaze Anthology.

“I’m always up for supporting a great cause.  Depression and anxiety affects many, many performing artists many of whom take their own lives, so it’s a cause close to my heart,” said Tim.

Joining Tim at Beyond Blue on Blue will be super-technical guitarist, Sean Mullen, who will present a set from his Satriani Tribute Show.  Only the most skilled guitarists possess the exacting talent to emulate the song-writing of one of the world’s best-known guitarists, Joe Satriani.

“Joe is an amazing song-writer and his music lives in the memory of so many people.  The delight on their faces when they hear this music played in its original format is really satisfying, “said Mullen.

Completing the line-up is an appearance by Brisbane vocalist, Sandra Beynon.  This vivacious singer has the vocal skill to present fine jazz tunes right up to hard rock numbers.

As the lead vocalist and rhythm guitarist in four-piece rock band,  Missy Vader and the Dark Side,  Sandra enjoys the twist of being a female performing hits such as Smoke on the Water, and Rockin’ all over the World.

“As an events organiser, the opportunity to support a cause which highlights an affliction that impacts many musicians and actors, is one that I embrace,” said Ms Beynon who also runs Body and Soul Events Australia, producing the show.

“We are proud to host a legend such as Tim Gaze at our club, along with Sean and Sandra’s immense talent.  It’s an honour to have artists of this calibre performing here, “said Club general manager, Danny Underwood.