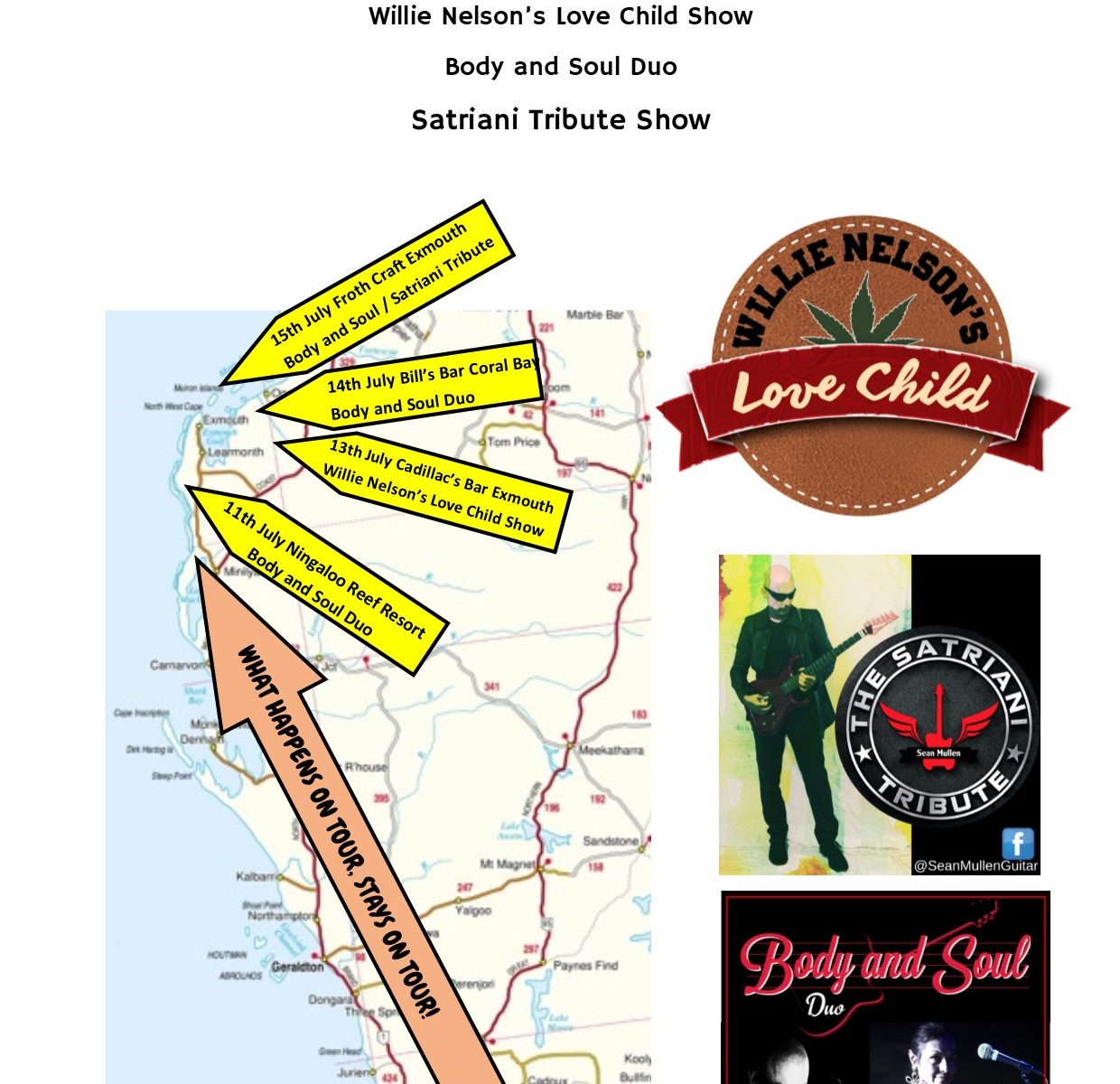 The wonderful thing about music is that it can take you anywhere!

From Timber Creek to Toowoomba, two Brisbane-based musicians are taking their talents to one of the most remote outposts in Australia.

Exmouth /ˈɛksmaʊθ/ is a town on the tip of the North West Cape in Western Australia. The town is located 1,270 kilometres (789 mi) north of the state capital Perth and 3,366 kilometres (2,092 mi) southwest of Darwin.

How apt that one of the USA’s favourite sons has his “love child” performing at Cadillac’s Bar and Grill on Saturday 13th July, 2019.

The bar is a honky tonk nod to the types of places that Willie would love to frequent in his early career.

Sandra Beynon (the Love Child) and her talented guitarist-music-director, Sean Mullen, have toured this show extensively throughout Australia – from Derby WA to Alice Springs in 2017, the Torres Strait in 2016,  and every corner of Outback Queensland, including the iconic Birdsville Races, in 2015, raising money for Aussie Helpers Drought Relief charity along the way.

Catch this free show if you’re in the hood.

The duo will also be playing their urban grooves embodiment, Body and Soul, at Bill’s Bar at Coral Bay on Sunday 14th July, and Ningaloo Reef Resort on Thursday 12th July.

“We are very excited to be visiting this stunning part of the world, and meeting some of the locals and visitors who enjoy all that this region has to offer, ” said Beynon.

Rumour has it the Love Child will be armed with her ukulele on a “Swim with the Whale Sharks” tour with Kings Ningaloo Reef Tours on Monday 15th July, just before an appearance at the Froth Craft Brewery where Sean Mullen will also be performing his Satriani Tribute.

“I certainly will be on a high after that experience.  Hopefully I won’t be too water-logged to sing, ” joked Beynon.