Who said the end of the year was about being worn out and jaded after slogging it out for the boss?

On Saturday 30th November, popular club musicians Body and Soul Trio featuring Sandra Beynon (vocals) Sean Mullen (guitar) and Phil J (percussion) will be pumping out the dance grooves in the Bravo Bar once again.    This band has the best cross-genre and intergenerational repertoire of any band in SEQ, and you won’t be disappointed by what you hear. 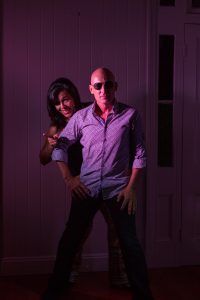 Come on! Dust off your glad rags and welcome in the silly season at Diggers. 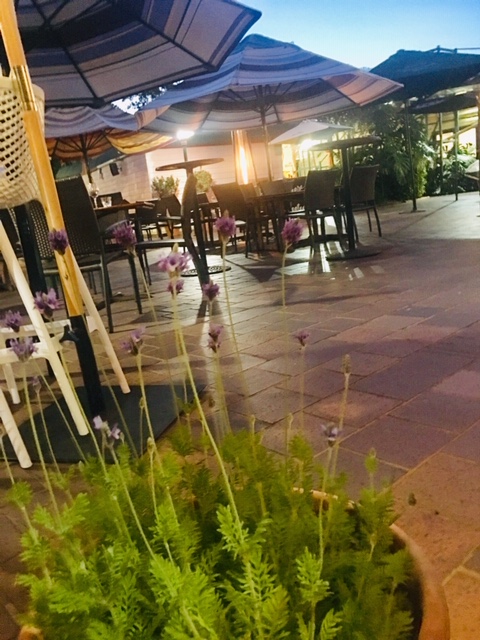 With the march of progress pressing in on all sides wherever we travel, it’s comforting to visit a venue where you step back in time to a slower time.

This is what happens when you walk through the doors at the historic Grand View Hotel at Cleveland.

Grand View Hotel is a heritage-listed hotel at 49 North Street, Cleveland, City of Redland, Queensland, Australia. It was built c. 1852 onwards. It was also known as Brighton Hotel and Cleveland House. It was added to the Queensland Heritage Register on 21 October 1992.[1]

It’s nice to drive down a road called Old Cleveland Road and actually end up at the eponymous place.

And “Old Cleveland” is certainly brought to life at this establishment which first saw customers in ….

The timber building is now a mix of old and new, with an expansive beer garden at the rear. Even the grassy verge alongside the  carpark is used by customers to sit in a chair and gaze out to nearby Stradbroke Island.

Last Sunday our duo, Body and Soul, played for the customers in the beer garden on what was a glorious Spring afternoon.   Staff busied themselves fulfilling orders for a good selection of food offerings to suit all tastes, and the beer was flowing ice-cold from the taps.

Recently taken over by new owners, the hotel is committed to bringing live music to its customers on Friday, Saturday and Sunday.

It’s also a fabulous place to host parties and weddings or functions or any size or type.  There is so much space available in this beautiful venue, both indoors and out.

The audience is of a mixed demographic with many happy retirees from nearby Raby Bay venturing in to enjoy some tunes they hadn’t heard played for a long time.

It’s always nice when audience members come and chat with us in our breaks to let us know how much they enjoyed hearing a particular tune.  Many lament that it’s so rare to hear the sort of repertoire we play – a genuine mix of classics across all genres (rock, pop, dicso) – pretty much everything you used to be able to hear on Brisbane AM radio in the days before radio stations became ‘segmented” to appeal to certain demographics (think 4MMM Rock station which was born in 1980’ish).

Once upon a time you could hear Deep Purple alongside Doris Day all coming at you from your little transistor radio, and people had a much broader appreciation of music styles because they were exposed to all of those styles.

Nowadays, young people listen only to what they choose, not what they are introduced to and, subsequently, they are much more passive as audience members.

So, long live the Baby-Boomers who absolutely love their music, tap their toes, move their bodies and smile when they hear one of their favourite tunes played.

We love those audiences and we hope to be back at the Grand View making them smile and groove again soon. 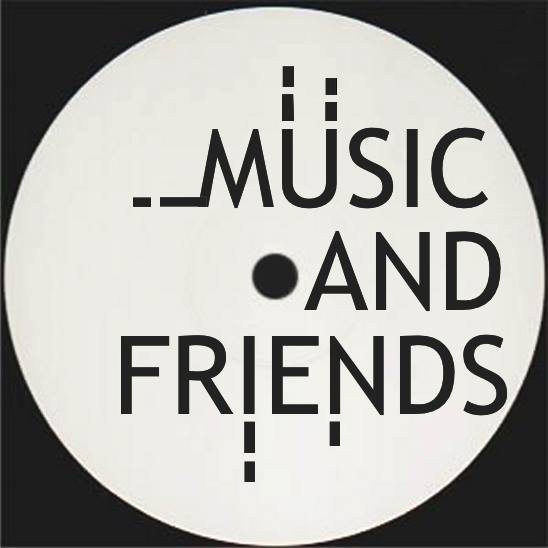 For the last 12 days we have been travelling up the coast from Perth to Exmouth, and have played at five venues along the way.

When you get to the far-flung corners of Australia you realise that simple things like music are a little harder to come by.

There are some amazing venues in remote Australia; committed to growing their business, maintaining enthusiasm, finding the right staff, serving the right food – all the ingredients required to make a successful business.  And we all know success attracts success.

As musicians, we greatly value those venues that are committed to making live music a central part of their existence.   By believing in the power of music and continuing 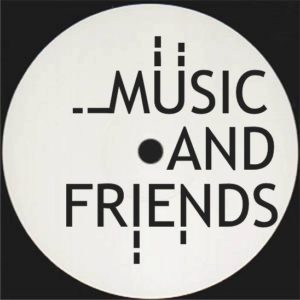 to offer a range of bands, soloists, duos and trios to entertain their patrons, these venues are upholding the tradition of the connection between artists and the general public.

After all, being a musician is not  never play to anyone?   The jury is out on that but, personally, I believe what keeps you improving, keeps you striving to be the best you can be as an artist, is the opportunity to play to an audience.

Venues like Diggers Services Club are a central part of their community by offering great food, a community atmosphere and a place to kick up your heels on a Friday or Saturday night; with old friends or to find new ones.

We love playing to the RnB-loving community at Diggers and always look forward to adding new songs to our repertoire in the knowledge that they’ll be well-received by our fans.

So, if you live in Logan, make a bee-line for Diggers and check out some of the awesome artists they have every weekend, playing for free, while you enjoy a delicious dinner in the bistro.

The friendly team behind the bar will be ready to mix up your favourite cocktails or pour your favourite brew, so get your friends together and enjoy some good, old-fashioned entertainment right in your own neighbourhood.

We’re playing again on Friday 30th July so maybe we’ll see you there!

Since moving to the south side of Brisbane in December 2018, Brisbane’s premier duo, Body and Soul,  is enjoying more and more gigs at venues on this side of town.

This Friday 29th March, they’ll make their debut at Diggers Services Club from 9am playing through to 1am.

Diggers has long been a great supporter of live music in the Logan area and the duo is looking forward to entertaining music-lovers on the south-side since the Albert & Logan Hotel closed down last year, meaning they lost connection to their southside fan-base.

Diggers offers four dining and bar options and the the Bravo Bar is where you’ll find Sandra Beynon and Sean Mullen performing as their Body and Soul Duo.

Don’t be mistaken – this duo isn’t your average duo.  In fact, most patrons who have had the pleasure of listening to this outfit always remark on how powerful their sound is.  Given their state-of-the-art PA system and dedication to finding great-sounding backing tracks, no doubt this is the case.

For a kick-ass night of entertainment, get on down to Diggers this Friday, and check out the duo’s gig guide here for future dates at that venue.

If you’re looking for great entertainment for your next party or event, look no further than Body and Soul Duo – they specialise in functions and can ensure your event will be memorable and tailored to your needs.   Give them a call on 0418 762 615 or email them 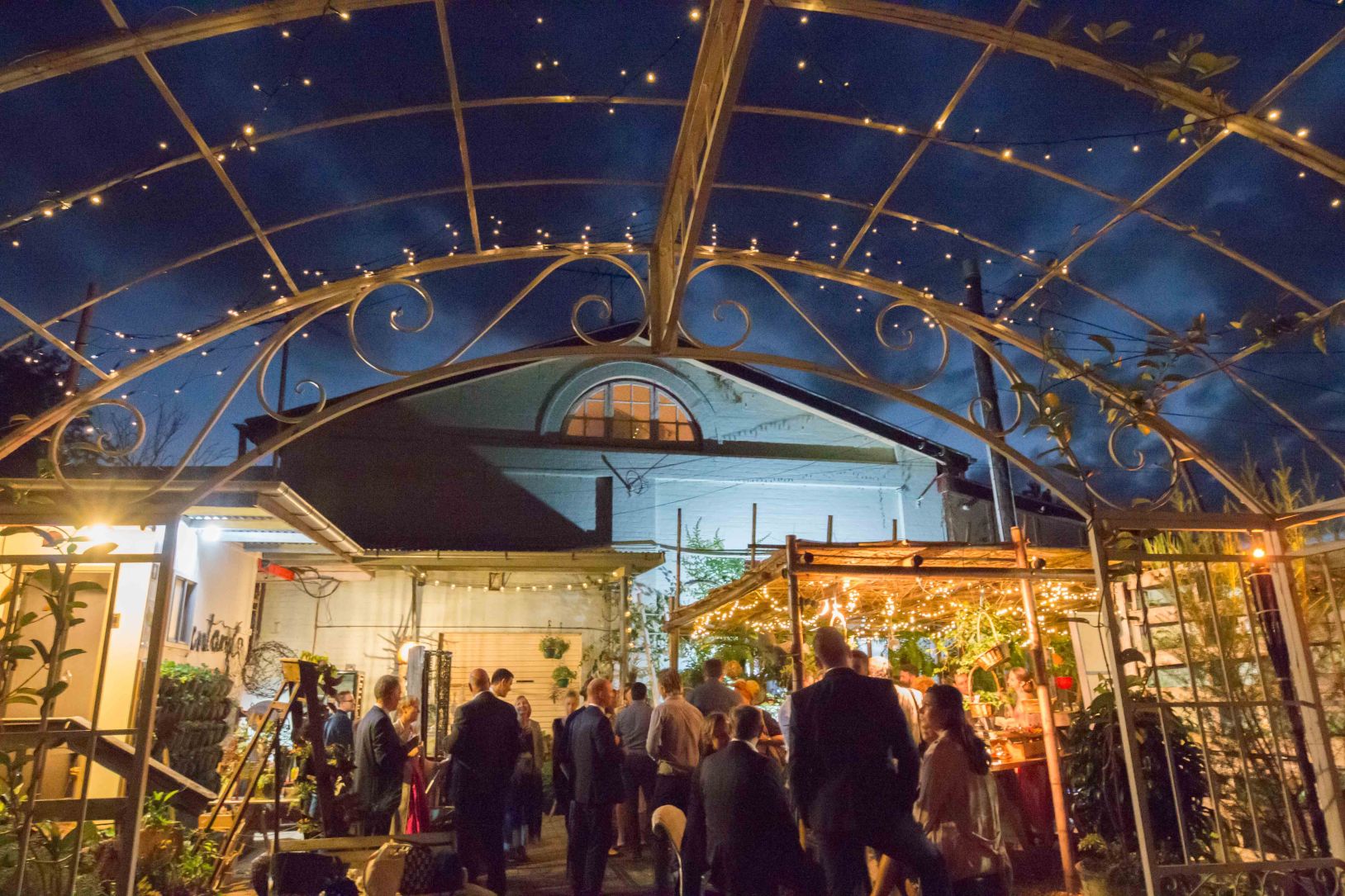 Body and Soul Duo are excited to have been invited to play for a wedding scheduled at Dayboro’s beautifully created event space at the old Butter Factory.   Now run by Entangled Events ,  the space is gorgeous and oozes charm and beauty.

Weddings are always a mixed bag of stress and excitement, but the team at Entangled events are experts at taking all the drama out of the big day and instead filling it with beautiful moments in their beautiful space.

I remember as a child visiting the old butter factory on a school excursion and seeing a huge mountain of yellow butter!   How wonderful to be back there many decades later to perform for someone’s special day.

To make it even more interesting, this is our very first same-sex wedding.  Times are indeed changing and the ladies involved are thrilled to be able to celebrate their nuptials in such delightful surroundings.

From their website: The Old Butter Factory sits humbly off the main street of the quaint Queensland town of Dayboro. She is a grand old lady, full of charm and character. There is something almost reverent about the building with its beautiful pared back walls forming a raw and earthy backdrop, the stunning led light windows and honest industrial fittings. You will understand when you visit; it is mesmerizing.

By day, stunning windows flood the space with natural light, it’s softness a beautiful compliment to the subject matter. And by night the magic is palpable. Soft mood lighting captures the charm of an intimate and enchanted atmosphere. It is very special and begs to be shared.

Body and Soul Duo are highly experienced function entertainers with over 700 songs at their disposal.  It’s too easy to tailor a set to the couple’s needs on the day.   We offer everything from intimate acoustic pre-dinner cocktail music right through to floor-filling dance tunes of all genres.